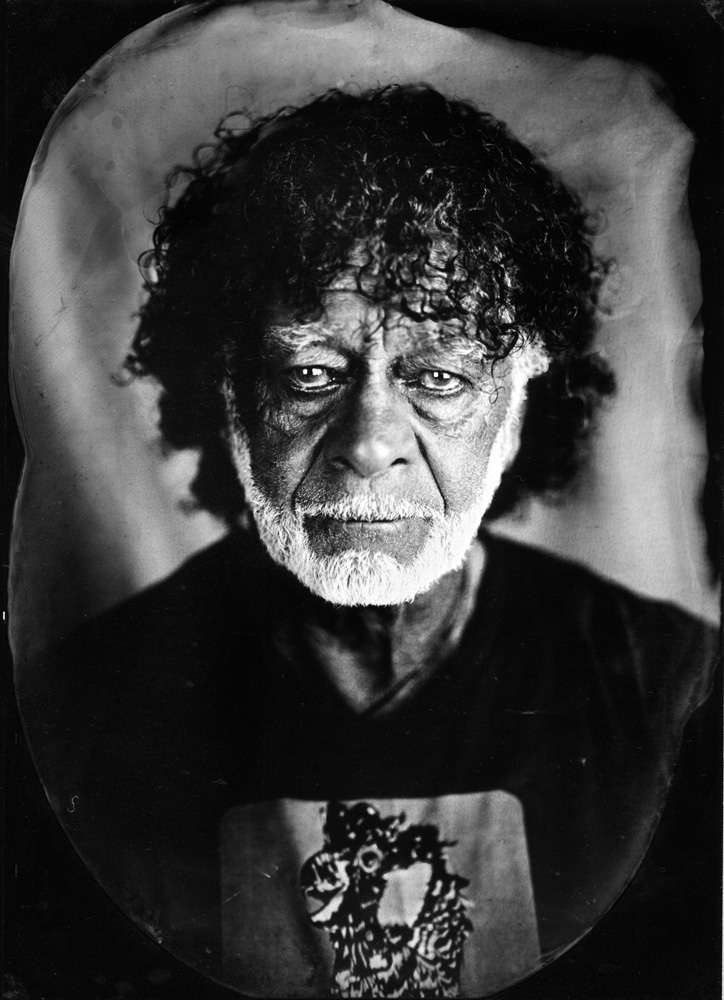 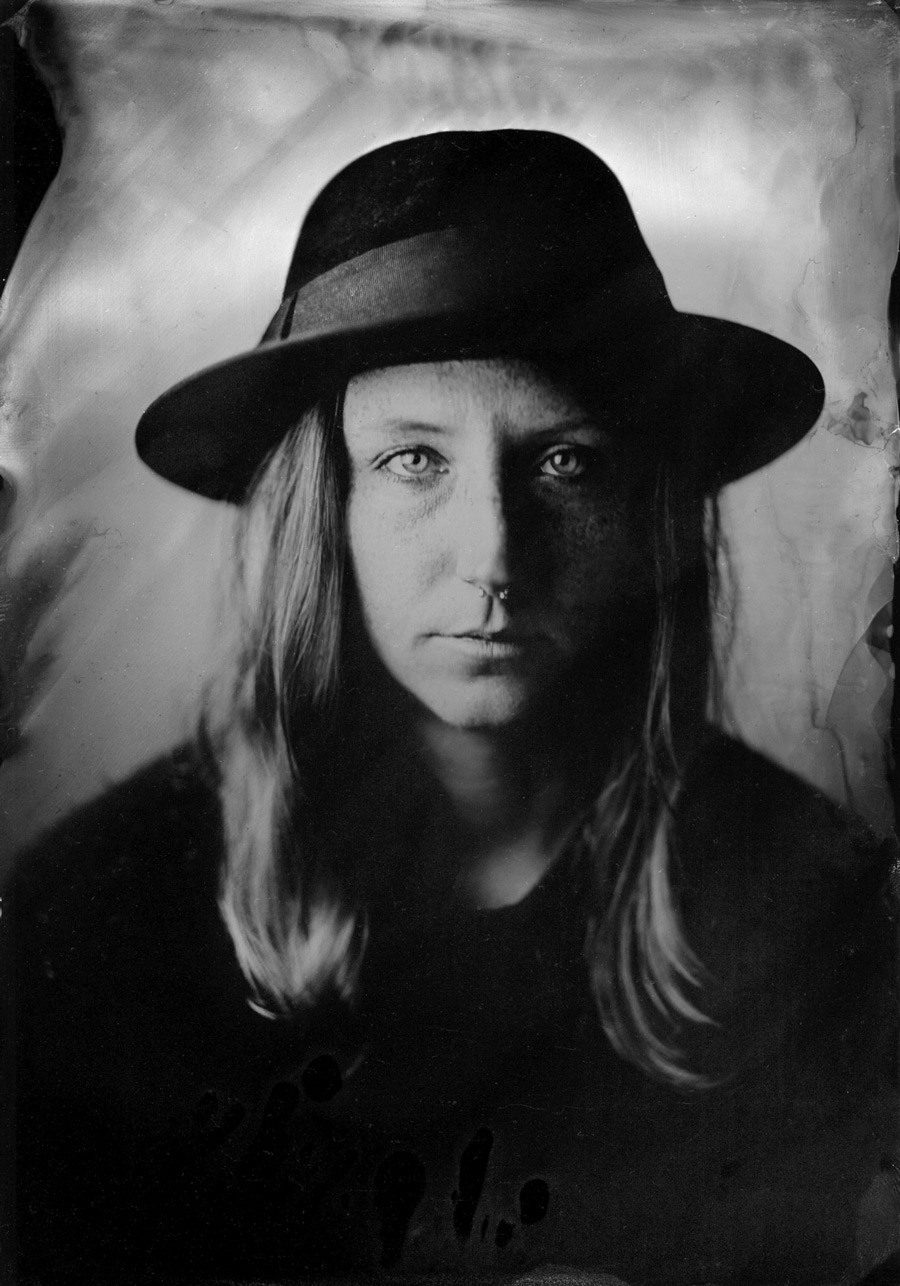 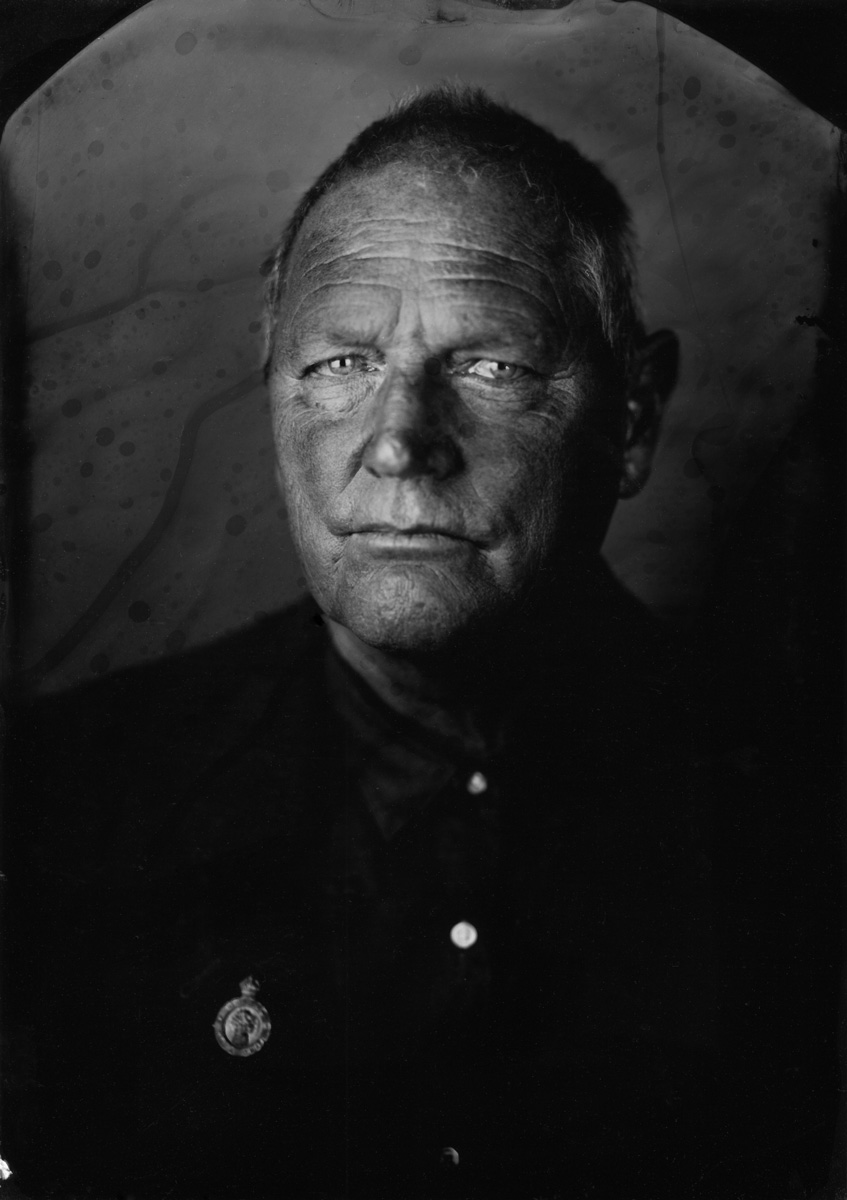 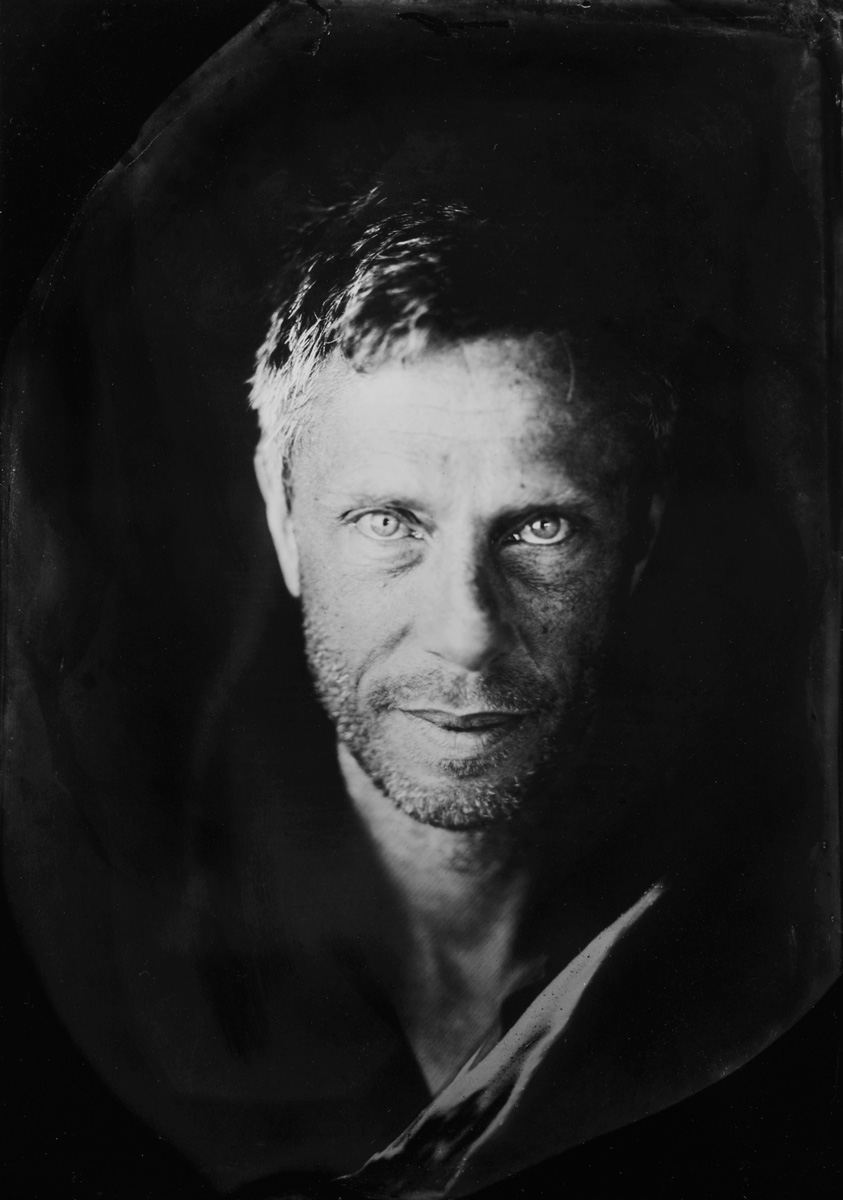 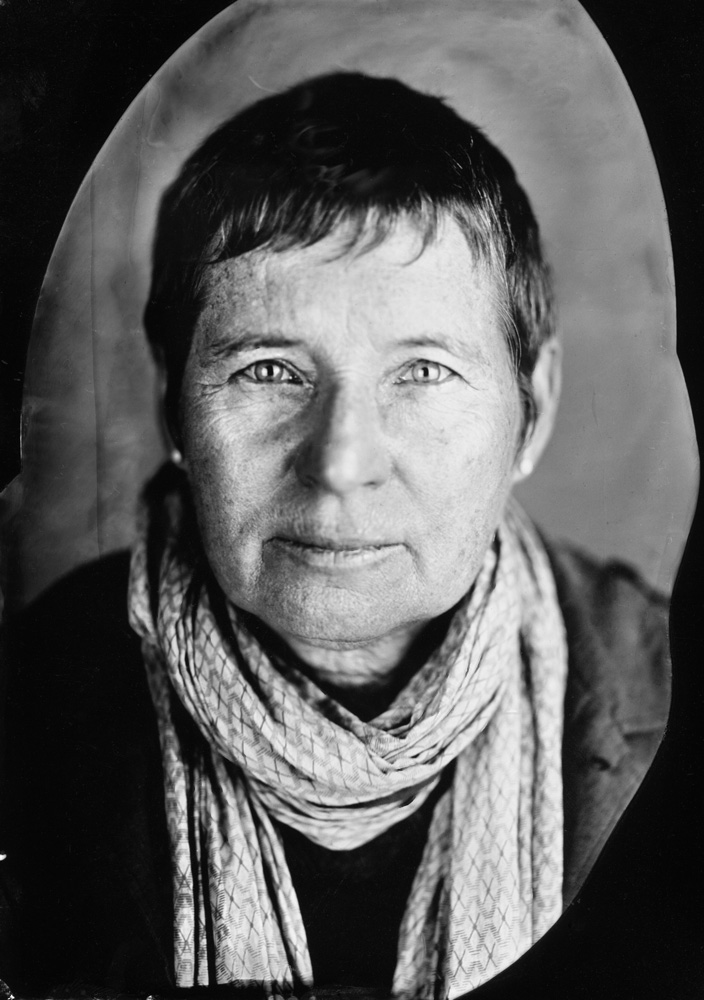 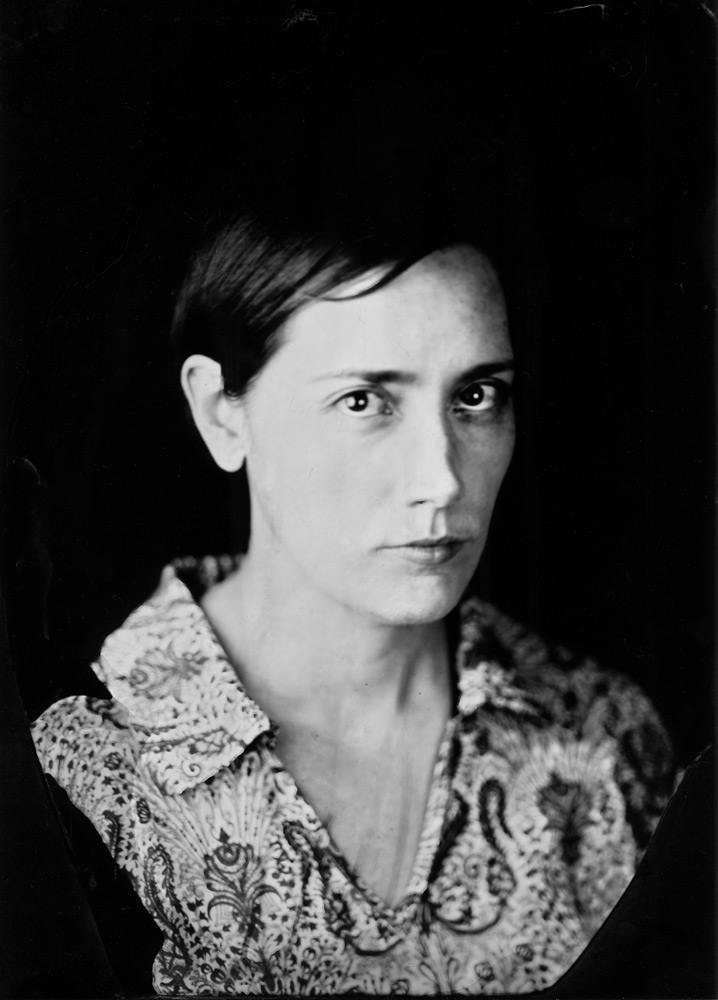 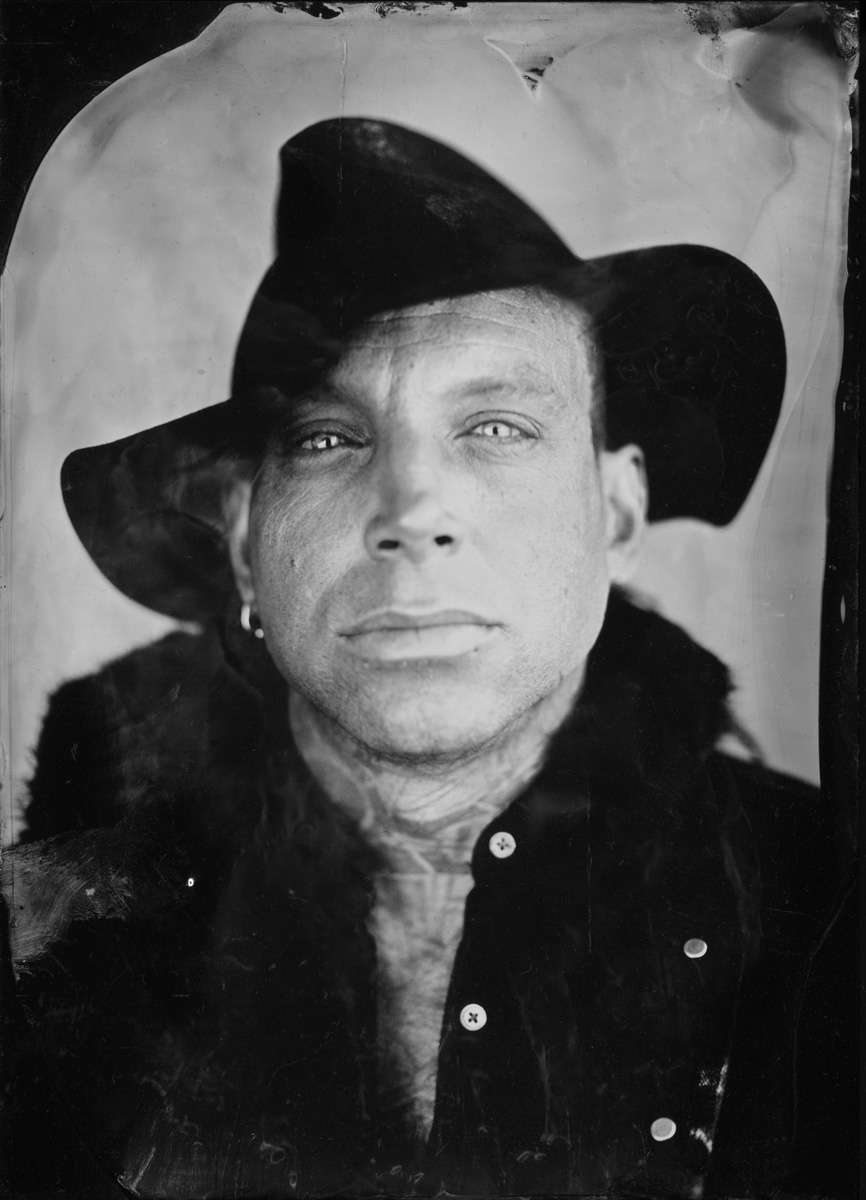 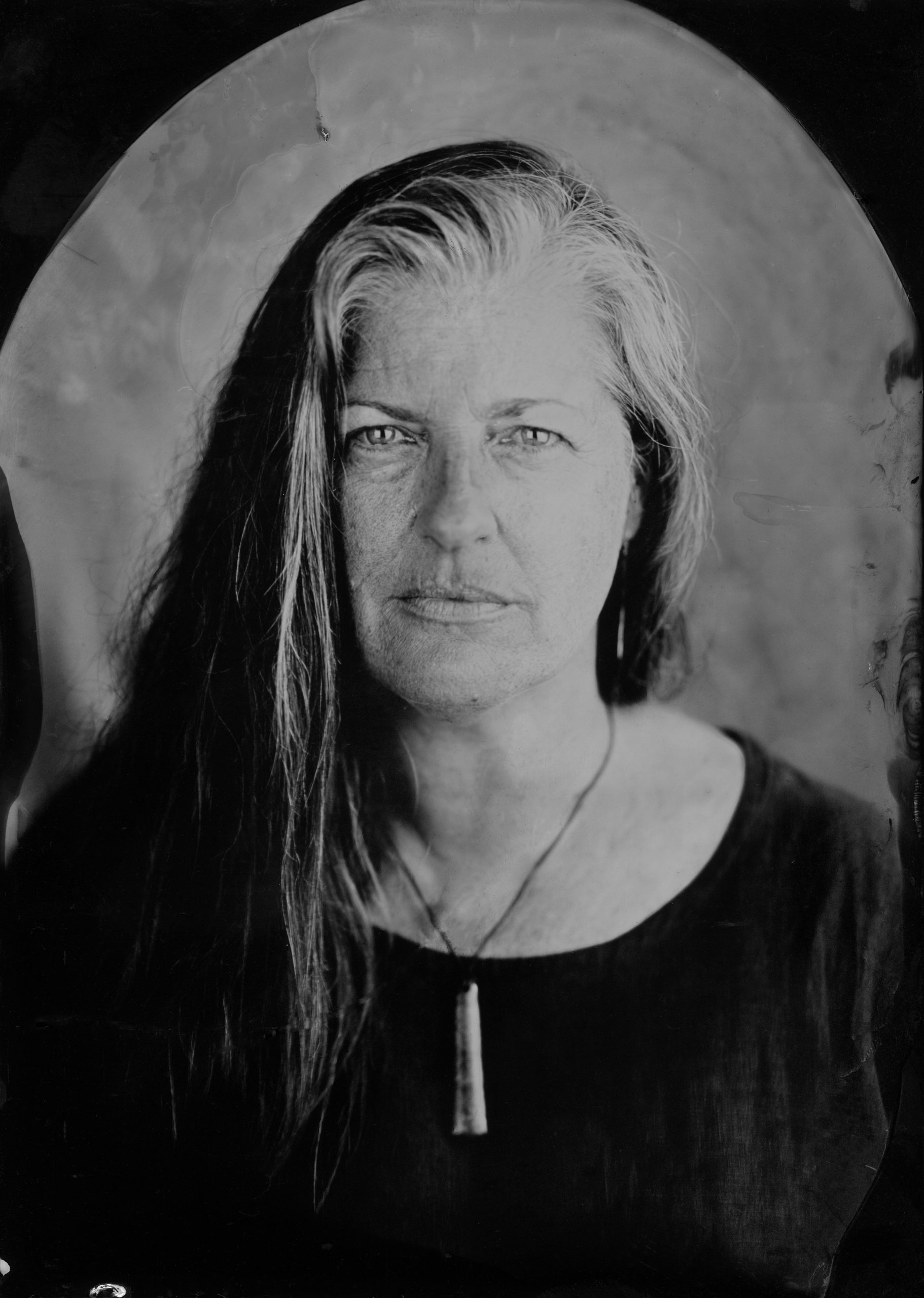 WINDOW TO THE SOUL

June 2017
Collodion tintype portraits of Tasmanians in the Arts.

Tintypes, invented in the 1850s, consist of a blackened metal plate coated with photographic emulsion that is exposed in a large format bellows camera.

Tintype portraits have a special power:  they require long exposures which force the sitter to concentrate on their own stillness and gaze. Portraits acquire a gravitas and nobility rarely achieved in other forms of portraiture.

Each tintype is a unique, one of a kind image object, with no intermediate negative or file used in its production.

The technique is rarely practiced and seldom encountered.

Tintypes exemplify a return to hand crafted image making. The materiality of unique photographs made on the spot, looking out from durable metal plates has a beguiling power that is rarely experienced in modern photography.